Echoes has been awarded with the first prize at StartCup Toscana 2015. The award ceremony occurred in Florence on 21 October 2015 where several representatives of universities, politician and business players were present. The Echoes will take part at the National Competition in Cosenza in December 2015. More info can be found here. 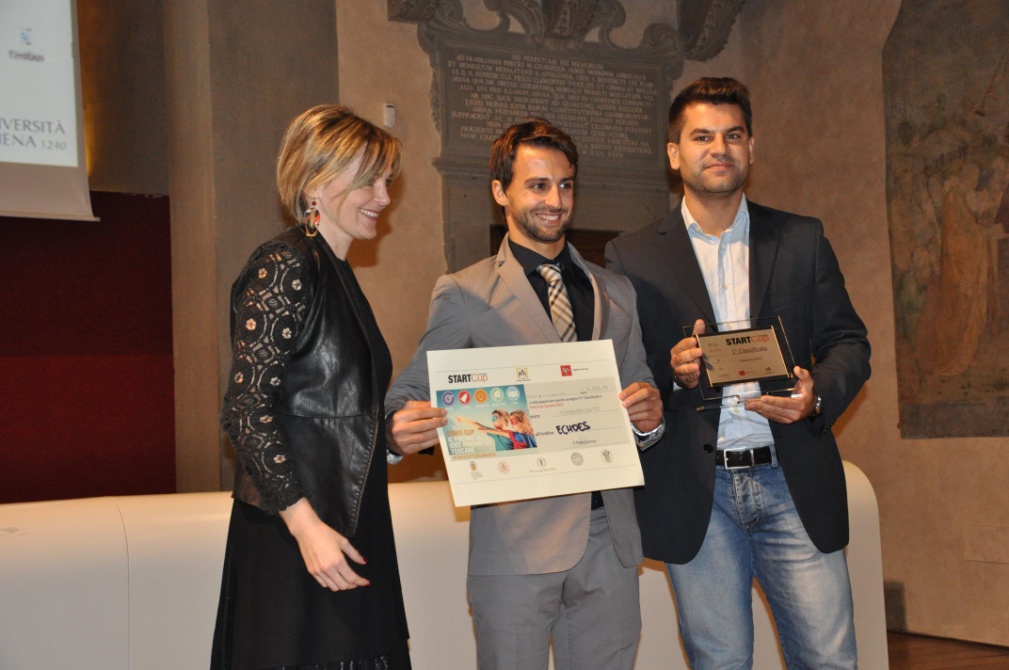 Thanks for visiting us

We use cookies to ensure that we give you the best experience on our website. If you continue to browse this site you are agreeing to our use of cookies.AcceptRead more